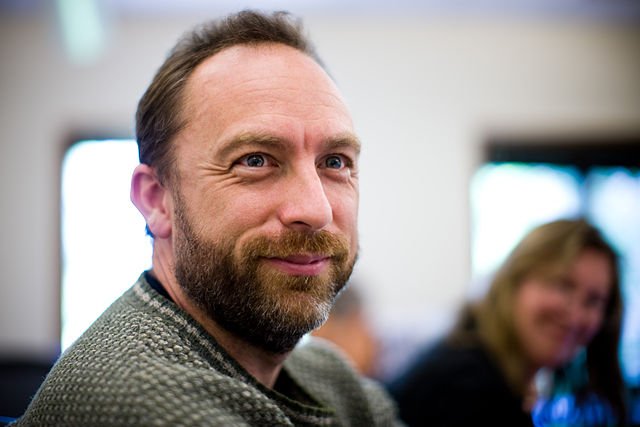 by Christopher Matthews
in internet
Comments

In the Fora.tv video “Jimbo Wales on Expanding into Wikia”, Chris Shipley interviews Wales in regards to his new venture; Wikia, Inc. Wales says that the idea behind Wikia, Inc. is that with Wikipedia.org, he has started a library. However, the encyclopedia is just one small part of knowledge within a vast library. In order to facilitate the tomes of specific-area knowledge, there needs to be a place to hold the reference titles for everything else. Wales specifically sites wikis like the World of Warcraft wiki or WoW as well as a wiki devoted to homeless advocacy in San Francisco. Wales also references the different social dynamics involved and the difference with a site like Wikipedia. Wikipedia is meant to be very objective and fact based, the wikis can be much more social and do not have to stick to a very rigid rule set.

The internet is a vast desert of information as well as misinformation. What Jimmy Wales has sought to do, beginning with Wikipedia was to centralize information, and have a system where this information will update, expand, and correct itself in real time. Nowhere is this more evident than when a celebrity dies. Often, within minutes of it happening, there will be an update to their Wikipedia page. Sometimes, however, the information is incorrect and Wikipedia’s vast community will quickly swallow up the misinformation and replace it with the most current known information. Wikipedia’s community can be taken advantage of as many times writers have fabricated entire articles either for political sake or at the behest of someone like Stephen Colbert, who will occasionally call on his viewers to modify existing articles.

With the advent of Wikia, Inc. now there exists a virtual reference library to over 10,000 subjects, with this number growing on a weekly basis (Wikia). Wikia claims to house over 200,000 communities, 20,124,135 total pages, and 50,085,567 visitors in a single month. Just a quick glance at the front page and you might see a wiki available for anything from video game Left 4 Dead, to children’s television program Barney, to a collection of villains. If there is not a wiki for something you would like to see, it is as simple as starting it yourself. The number of wikis possible is only limited by the number of subjects the community can think to make wikis for. Wikia, by offering a centralized location for all of this information, has created a reference specific library on the internet.

The “wiki way” is even being touted as a revolutionary way to amass and promote information for businesses and governments. In the book “Wiki government: How technology can make government better, democracy stronger, and citizens more powerful”, Beth Simone Noveck demonstrates ways that, following the same system that wikis use, the government can build a more transparent, means of communication and allow its citizens more interaction with its operations. By offering this new means of communication, Noveck says the government will run more efficiently, and the citizens will be more involved and more satisfied with its operations.

“One clear pattern of history is that powerful social networks breed even more powerful social networks, and the new ones prove easier to learn, faster to proliferate, and more influential” (Carafano, 2012). As of now, it seems that a majority of wikis are devoted to more leisurely bits of information like video games, and television shows. However, as it continues to grow the social awareness sector of Wikia grow in leaps in bounds. The Wikis provide a place for likeminded people to band together against both perceived and real threats from their government and human rights. As recent uprisings across the world have shown (Syria, Egypt, Libya, etc.) social media is a massively valuable and powerful tool for bringing people together. However, not all social gatherings are for the common good, as such sites can be used for unruly gatherings such as flash mobs where people come together into a specific place at a specific time to wreak havoc, such as a mall. That is not to be confused with the sort of flash mobs that people consider to be performance art with people standing motionless in trains stations. However, the information is a place of freedom. Where one person’s thoughts on freedom may not concur with another person’s thoughts on freedom, the internet allows for both of them to have their ideas, and their wikis.

The addition of Wikia is immensely valuable to the internet. Where Wikipedia gave people the opportunity to find up to date information (accuracy concerns notwithstanding), Wikia has given people a place to go where they can get information on more specific information. Wikipedia allows limited interaction, only reading, updating, or challenging, and occasional writing, however, wikis allow full interaction with the site and its members. The internet’s information is spread all over the place, and to be able to quickly locate the information on a specific subject matter is quite valuable and saves a lot of time. Facebook has become the social media king and allows for sharing of personal information. Twitter allows you to gather information in small, scattered pieces. LinkedIn allows you to gather employment and professional related information. Wikia is there to help fill the holes between everything else.