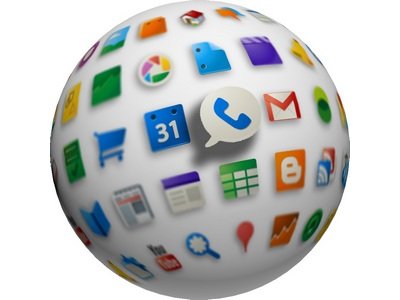 Phil McKinney, once dubbed “chief seer” by the San Jose Mercury News, is the vice president and chief technology officer for Hewlett-Packard’s Personal Systems Group. He is a public speaker, extolling the virtues of creativity and innovation and its impact on business. In May of 2011, McKinney spoke to a group at Maker Faire in San Mateo, California. Maker Faire dubs itself as “the Greatest Show (and Tell) on Earth—a family-friendly festival of invention, creativity and resourcefulness, and a celebration of the Maker movement” (Makerfaire.com, 2012). The idea is that Makerfaire, and similar “faires” around the world bring together the most creative people to showcase not only physically constructed ideas, but technologically innovative possibilities. McKinney used this platform to call out innovative and technologically forward thinkers and technologists to use their skills to profit our society, more specifically, those who may be considered dis, or differently abled.

After showing off the “new” HP Touchpad (it was not out at the time and has since floundered, been killed off, and renewed), he showed some simple apps running on WebOS and how they could really help people, even though they are the simplest form of applications. Finally, he showed off how the use of a tablet, and a touchscreen really seemed to have helped the life of an autistic teen. The teen’s mother explained how for most of his life, she never thought he would be able to form complete sentences or communicate properly. No therapy, or otherwise had really helped him. After he started using a tablet, it seemed that within “a matter of weeks” he had a “breakthrough” and was suddenly able to form coherent thoughts and tell his mother that he loved her. McKinney sees his project as being able to bring together the skilled people and the people who need their skills to develop applications to help people with autism and continue to make not only technological breakthroughs, but breakthroughs in the field of autism awareness and therapy. “Hacking Autism doesn’t seek to cure autism, but rather it aims to facilitate and accelerate technology-based ideas to help give those with autism a voice” (Hacking Autism).

Hackingautism is not the only group working on applications and technological advances to help with autism therapy. Kel Smith, founder of Anikto LLC, a technology accessibility company talked about the “accessibility apps” that are growing in number in the iOS app store and his company’s work in the field:  “I went in with the premise that there’s entire populations of people who are being left behind; they’re not being considered. Then I realized, they’re the ones driving the innovation and moving it forward. They’re forming their own solutions at this very grassroots level.” (Gallaga, 2012). Apple itself seems to have discovered what everyone else has discovered about their product. In their marketing for iOS, Apple touts that “iOS 6 comes with Guided Access. Guided Access helps students with disabilities such as autism remain on task and focused on content” (Apple).

When the Microsoft Kinect was launched, it was seen as a new way to play video games, and nothing more. However, as engineers and hackers got into the guts of the system, they found that the technology within the Kinect was much more powerful and could do much more than what was initially intended. Once Microsoft saw how it was being used and the possibilities that were being unlocked, Microsoft even released the SDK for Kinect, allowing users to legitimately create new things with the Kinect technology.  In March of 2011, Katie Gatto, of phys.org, reported that students at Univeritat Konstanz in Germany developed a system they called NAVI (Navigational Aids for the Visually Impaired) which, using the Kinect camera allows blind people to “see” their surroundings. While it does not literally allow them to see, it does give the user audible cues to their surroundings to aid in their mobility. A project named “wi-Go” utilizes the Kinect sensor to help the disabled go shopping. The Kinect camera is mounted on a motorized cart which will follow the shopper at a close distance so that you do not have to push the cart while shopping. While initially, that may seem like a way for a regularly-abled person to be lazy (and it may come to that in the future), a video on their website does an excellent job of showing how a person in a wheelchair has issues with using a normal shopping cart. By using a system of a Kinect sensor mounted on a cart with a laptop below, the wi-Go enabled cart slowly follows the wheelchair, and the user can simply put anything he needs to into the cart and still operate his wheelchair with his hands.

Perhaps the device that has helped change the world and is often seen as a show of status and the mark of the technologically savvy as well as the easily marketed to has a bigger, more useful place in the world than was intended. Just as the Microsoft Kinect was initially just a peripheral to what is, essentially a toy, was hacked by the techies and has shown abilities beyond its original grasp, the iPad, and other tablets are proving to be more than just a high priced toy, but a therapeutic, useful invention that can be a bridge to future cures and a boon to the disabled, allowing them to integrate better than ever into mainstream society. While there will always be a market for high priced toys and useless apps that allow you to fire indignant avians at structures in order to destroy swine, hopefully with the new advancements in tech, new advancements in accessibility will follow in larger numbers.